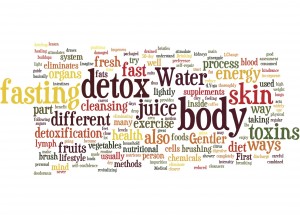 Detox is certainly the buzz word for the beginning of the year. Throughout the summer we put our body through its paces with more rich food, alcohol and often less exercise. Come February we feel bloated, sluggish and foggy in the head, desperate to detox, vent, clear and purge. And so the ‘Feb Fast’ concept was born. For the month of February participants abstain from alcohol, eat clean food and maintain a strict exercise regime, among other individualised programs. Unfortunately this methodology is a little flawed. We’re not saying health initiatives are a bad idea, but often implementing extreme measures can lead to feelings of disappointment and failure. This could lead to a regression to old ingrained habits, which often inhibit our physical health and mental wellbeing.

When our health is concerned I like to use the pot of boiling water analogy. If you put a pot of cold water on the stove it doesn’t change from cold to boiling straight away. There is a slow process as the water molecules heat up. First steam appears, and then small bubbles before the water reaches its full boiling point.When the heat is turned off the water does not go straight back to cold. For a short while it’s still boiling, then the temperature slowly drops but for a long while the water is still dangerously hot.

Now imagine our bodies are placed under the heat with excessive living: late nights, alcohol, increased foods such as wheat, gluten and sugar. Not to mention stress levels can often be high leading up to the Christmas break or prior to holidays. According to Chinese medicine, such excessive living places internal pressure on the body. Not only are the obvious organs such as the gut, liver and kidneys working overtime to purify our bodies, but also our Qi, internal energy or constitutional health become constrained and depleted. According to Chinese medicine the implications of changes to our Qi will not only affect our digestive system but can impact our emotional health, hormonal balance and other areas such as the endocrine system. The longer the deluge occurs the greater the impact and imbalance will be on our health. Therefore if you suddenly cease over indulging it will take time for your body to recover, just like it takes time for the water to cool.

What Can I Do?

For the sake of your health, not going too hard during the summer is ideal. Or if you do indulge, try not to make it a daily occurrence. Rather than placing strict rules on yourself in February, it really is best to be detoxing or cleansing all year round. Try to eat cleanly, particularly if the day prior has been rich or excessive. Drinking water is always important as dehydration can hinder digestion and issues can arise, especially constipation. As far as exercise goes, the golden rule is some is always better than none. You don’t have to train like a professional athlete all year round but doing nothing will exacerbate that sluggish feeling.

Above all, if you do embark on a cleansing period do not put unrealistic expectations on yourself. Remember your body is constantly detoxifying all year round. That’s what it is designed to do. It is just a matter of whether you help or hinder that cleansing processes. The nature of Traditional Chinese Medicine is to achieve balance for the Qi or energy in your body. This in turn reduces stress and excessive pressure on the internal organs such as the liver and kidneys. Many people use Chinese medicine to treat specific ailments or conditions. However, it can also work as an effective preventative measure to promote health and balance within the body, thereby assisting with that desire to detox! 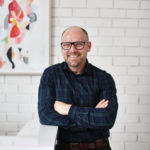 Food – It’s Not Just About Nutrition!

Get the latest news & blog posts